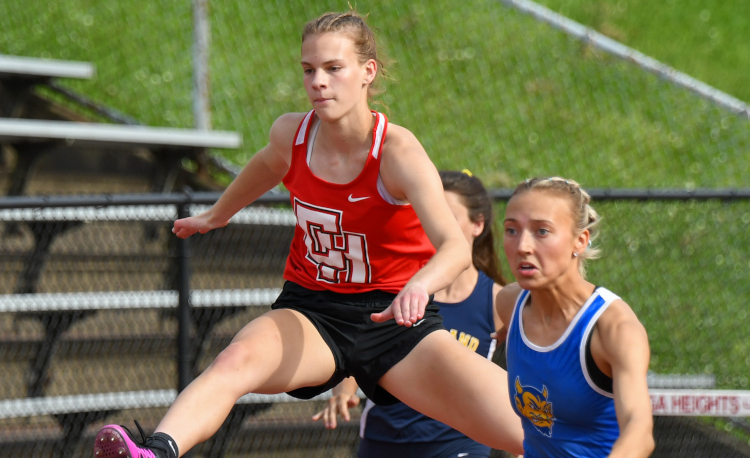 Regional track meets got underway on Wednesday and several Chagrin Valley Conference athletes remain in the hunt for a berth to the state meet.

Listed below are the first-day results from the Division I Austintown and Division III Massillon Perry regionals.

Hanchosky, Jack Kollhoff, Alex Reese, and Boland placed fifth in the preliminaries with a time of 3:24.30.

Two CVC athletes already have earned their ticket to the state meet as Independence’s Madison Stepanik finished third in the shot put with a toss of 36-6 and Cardinal’s Karalyn Rutkowski cleared 5-feet in the high jump to place second.

Trinity also will send two relay teams into the finals on Friday as Sean Arth, Zion Owens, Maloney, and LeJon Woods teamed up to place eighth in the 4×100 preliminaries with a time of 45.08. Isaiah King, Maloney, Owens, and Woods ran a time of 1:32.84 in the 4×200 to finish second.

Grand Valley’s Maggie Waldo and Cuyahoga Heights’ Jack Klamert both placed in their regional final events on Wednesday but finished outside the top four and did not advance to the state meet.

Waldo placed eighth in the high jump when she cleared 4-10 and Klamert was sixth in the pole vault with a top height of 12-4.