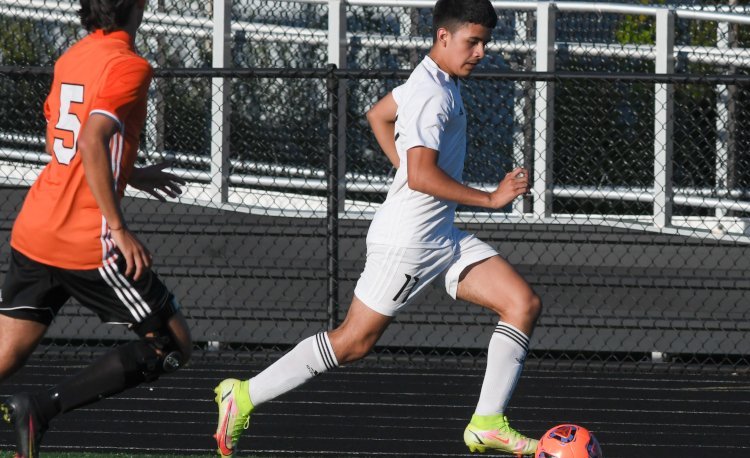 Berkshire’s boys’ team won a dramatic penalty kick shootout over Independence, 1-0, to earn its first appearance in a district championship in school history. After battling to a 1-1 tie during the regular season, 1-1, the Badgers and Blue Devils played 110 scoreless minutes on Tuesday, which included 80 minutes of regulation play and two 15-minute golden goal overtimes.

A 4-4 draw in the first round of PKs set up a second round with a sudden victory format. Berkshire hit its first two and led 2-1, before Roman Percic dove to his left to block Independence’s game-tying attempt to seal Berkshire’s historic win.

Berkshire will play Norwayne for the district title on Saturday.

Beachwood trounced Loudonville, 6-0, to set up an all-CVC showdown in Saturday’s district championship game. Kirtland edged Fairview, 1-0, to earn the rematch with the Bison, who won 4-1 in the regular season.

Kirtland’s lone goal was scored by Luka Oroz with 30 minutes left in the second half.

Second-seeded Harvey set up a Division II district title match with No. 3 Poland Seminary with a 2-0 win over Hubbard on Tuesday.

Josue Rodriguez and Kevin Fonseca both scored goals for the Red Raiders, who improved to 16-1-1 on the year.

Wickliffe also advanced to a Division III district final with a 2-1 win over Crestview. The third-seeded Blue Devils will play No. 2 Kinsman Badger on Saturday. Scoring stats were not received.

Crestwood’s and Orange’s boys’ soccer teams saw their seasons come to an end on Tuesday.

Lakeside and Cardinal had their volleyball seasons halted in the district semifinals.

The Dragons lost to Riverside, 3-1, while the Huskies dropped a 3-1 decision to St. John.