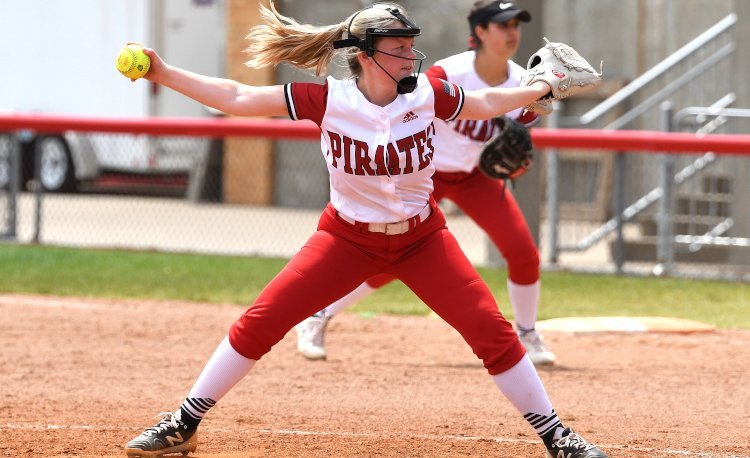 Perry enters the 2022 season riding a 69-game conference winning streak to defend but, more importantly, the Pirates have their sights set on a deep postseason run.

The Pirates return five starters from last year but injuries have opened the door for several new faces to contribute.

“2022 started out looking like a year we may be able to make a run at state but injuries have put a small dent in those plans but we have a few players working hard to make up for our shortcomings,” said Perry coach Joe Medlen. “We will be competitive. We have a large number of freshmen in the lineup so they will be battle-tested as we’re playing some great teams this season. If they stay mentally strong we will be fine.”

Perry’s freshmen will be thrown to the fire early and often as Medlen beefed up the schedule to prepare his squad for the talented teams they’ll see beyond the sectional level later this spring.

“The goal of our program is to compete at the highest level possible,” Medlen said. “We set our schedule during the season to prepare us to be ready to make a postseason run. With the speed we have on base paths and defensively, we will compete with anyone.”

The Pirates took a hit to their lineup when standout junior third baseman Emma Pietrzak was lost for the season with an injury. Senior Gianna Vicini also is slowed by an ankle injury.

“Our biggest challenge is to come up with a plan to fill the loss of Emma Pietrzak to injury,” Medlen said. “We’re losing a ton with her out of the lineup. Also, Gianna Vicini is still slowed by her ankle injury, so we will rely on a few freshmen to step in and take full advantage of this opportunity. We are looking forward to seeing how they rise to the occasion.”

Perry will lean on senior pitcher Faith Hartman to provide consistency in the circle and the senior leadership she developed over her four years in the starting lineup.

The Lakeland Community College recruit was 17-6 in the circle last season with 131 strikeouts in 144 innings pitched. She also batted .358.

“Faith has all the right stuff to keep us in any game,” Medlen said. “She possesses the intangibles a team needs. We expect even more from Faith as she has worked extremely hard this offseason. She’s not a big strikeout pitcher but last year had well over 100 strikeouts. She looks to be prepared to have a strong year before moving on to Lakeland to toe the rubber for the Lakers.”

When Hartman isn’t pitching, she’ll fill the designated player role to keep her bat in the lineup.

Senior Mia Ward will provide depth in the circle.

Junior shortstop Lilly Agostine returns as one of Perry’s most consistent defensive players and she also carries a big stick at the plate.

Agostine batted .341 last season and tied Sydney Moon for the team lead with 31 runs batted in and was second to Moon with six home runs.

“Lilly is prepared to have an incredible season, “Medlen said. “Lilly has worked extremely hard since the summer of her eighth-grade year coming into the program. Her work ethic is incredible and her time is up and we look forward to her having an incredible year at shortstop and with hitting.”

Vicini is the heart and soul of Perry’s outfield.

While her ankle injury may slow her down, she has the speed to shut down the gaps in the outfield and to wreak havoc on the base paths.

Vicini finished second on the team with a .475 batting average and recorded six extra-base hits.

“Barring Injury, Gigi will have an incredible year,” Medlen said. “Her speed in the outfield and on the base paths will be much needed this season. Gigi has also been a four-year starter for the Pirates and we could not ask for a better all-around player.”

Sophomore Calli Thompson returns behind the dish after a phenomenal freshman campaign and senior Rileigh Liddy is back in right field.

The rest of Perry’s projected starting lineup will be filled by freshmen.

Sydney Collins will play left field and Elise Strahan will fill in for Pietrzak at third base.

“(Tharp) is our first true first baseman since Hailey Zalatel. This young lady loves the game and has worked extremely hard behind the scenes while playing basketball this winter. Rosalyn was involved with softball almost every day since entering high school. The hard work is evident,” Medlen said. “Maddie is a true five-tool player and maybe the first we have had and I’m excited to watch her for four years. She comes from an incredible family of coaches so she completely gets it.”

With his team’s speed and softball IQ, Medlen is excited to see how things shake out this spring.

He also knows the Pirates will have to develop their small-ball game to reach their goals in May and June.

“We must execute small ball at a high level this season,” he said. “When you go against the upper tier in the CVC and in the playoffs the pitching is dominant and you’re not going to just stand in the box and mash. The quicker our girls understand this the better we will be. Our defense for the first time will be tested.”