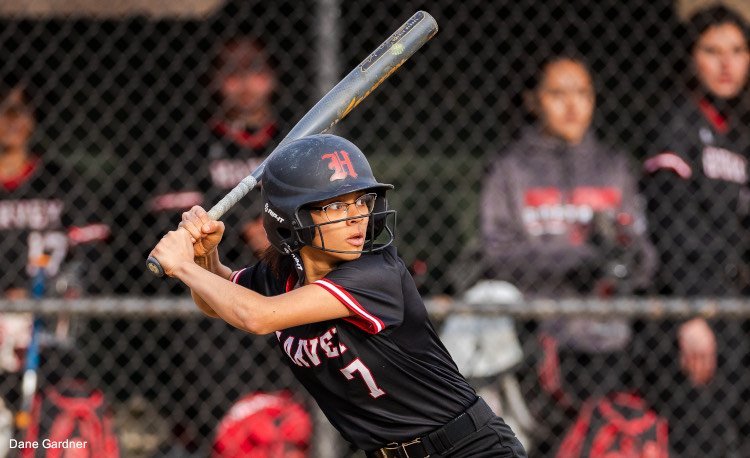 Lola Thomas hit a home run and knocked in three runs in Harvey’s 9-2 win over visiting Beachwood on Wednesday.

“Lola Thomas had a great day behind the plate and up to bat,” said Harvey coach Betsy Hada. “She took charge of the defense, and she was calm, cool, and collected under pressure. She picked a key runner off base in the bottom of the first inning to stop their offensive threat.”

Beachwood’s Ari Preston and Emily Clar opened the game with back-to-back singles but Alexa Bailey struck out the next batter, Thomas picked off Clar from first, and a ground out ended the threat.

The Red Raiders responded with two runs in the bottom half of the first.

Bailey reached base on a dropped third strike, Josie Basco singled, and Mira DiPierro drew a one-out walk to load the bases. Diane Cortes then hit the first of her two singles to give the Red Raiders an early 2-0 lead.

Basco and Thomas both reached on errors in the bottom of the third to push the Harvey lead to 4-0. Basco scored when Thomas reached base and Thomas crossed the plate on a Cortes ground out.

Beachwood cut its deficit in half with a two-run fourth.

Harvey responded with one run in the bottom half of the inning and two runs in both the fifth and sixth innings to seal their win.

Bailey picked up the pitching victory after allowing two runs on four hits with six strikeouts in 3 2/3 innings of work. Boykin threw the final 3 1/3 innings to earn a save. She allowed two hits and struck out one.

“Rachael Boykin not only came in to shut down the offense but made some great catches off the mound to steal the momentum back in critical situations,” Hada said. “Alexa Bailey made the big play on a foul ball at first base to end the game.”

The Red Raiders stole seven bases on the day with Basco, Cortes, and Thomas each swiping two.

Greller led Beachwood at the plate as she finished 2-for-3 with two RBI.