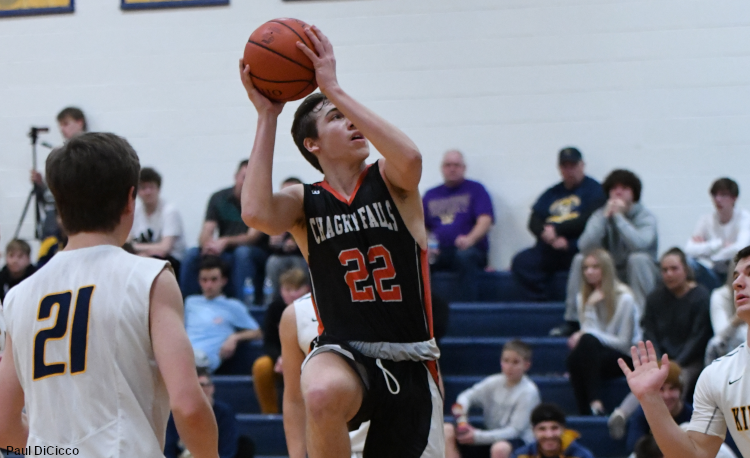 Chagrin Falls celebrated Senior Night on Tuesday by honoring the four players who meant so much to the program.

The Tigers then went out and defeated visiting Notre Dame-Cathedral Latin, 72-59, sending off Jacob Baraona, Evan Bargar, Cam Owen and Kyle Zaluski with a win in one of their final home games at the school.

“It was great to celebrate our Senior Night with a win,” Chagrin Falls coach Dave Bargar said. “All four seniors scored and made an impact on the game. They all have brought a lot to our team this year. We wouldn’t be where we are without their contributions.”

Chagrin Falls was as balanced as ever.

The Tigers focused on keeping the Lions from finding their offensive rhythm and that led to an early lead.

“NDCL did a really good job of attacking the basket tonight and we had to use multiple defenses to try and slow them down,” Bargar said. “Our second quarter defense was really good, which enabled us to build a lead at halftime.”

The offense did the rest.

Owen and Tate Yonker both scored 14 points to lead the way for the Tigers. Owen also contributed with four assists and three steals.

“Tonight was a solid win for us,” Bargar said. “I thought we did a very good job on offense playing with a lot of tempo, which enabled us to get some easy baskets. NDCL does a nice job defensively so we needed to stay aggressive and not let them slow down our offense.”

Chagrin Falls improved to 15-6 on the year.