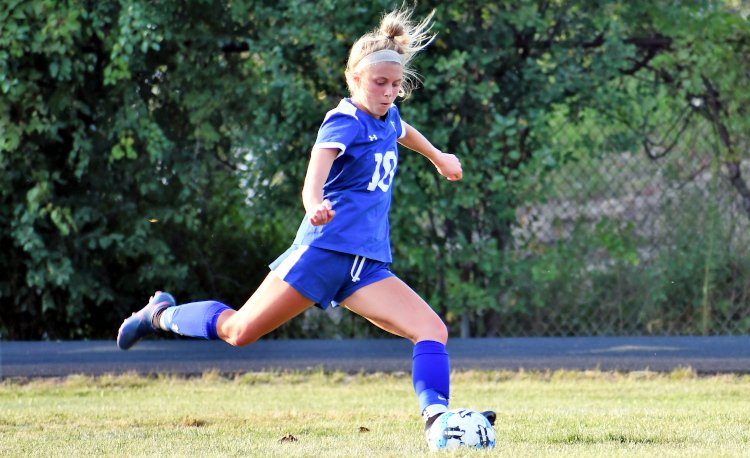 Jillian Kalic’s goal late in the second half lifted Trinity to a 1-0 nonconference win over visiting Bedford on Saturday.

“We are thrilled to secure our first victory and begin the season with a win at home,” said Trinity coach Tara Hux. “We have some things to clean up at practice this week to be ready for our first conference game against Independence.”

After a scoreless first half, Kalic scored the eventual game-winner off of a free kick with 13:50 left to play.

“(She) scored from a free kick that went up and over Bedford’s wall and into the corner of the net,” Hux said. “Trinity tarted out slowly in our first game but quickly picked up the pace and intensity. Once the girls shook off their first game jitters everyone picked it up and played well.”

Constance Rosa and Imari Charlton both finished the game with two shots on goal while Emily Kitral and Kalic each had one.

“Our center mids, Constance Rosa, Emily Kitral, and Sarah Kitral, created lots of opportunities for shots on goal with their excellent distribution.”

“We had some incredible keeper saves by our starting goalkeeper Keeley Crosby,” Hux said. “This is her first year in goal and she is learning quickly.”

Trinity travels to Independence on Thursday.