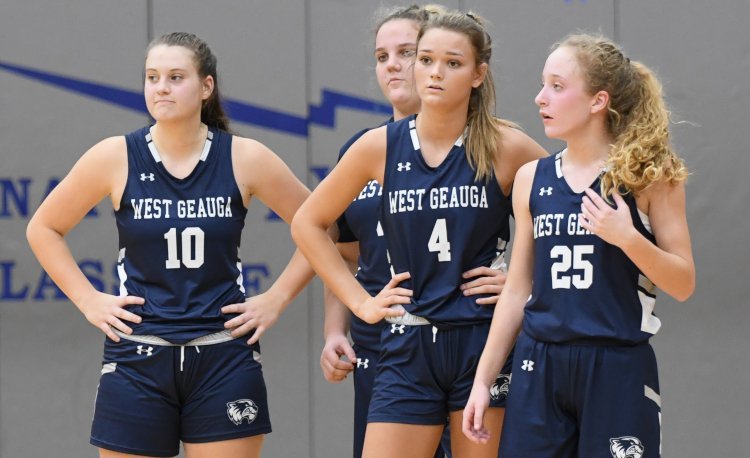 Trinity and West Geauga both claimed postseason victories on Wednesday and will play for a district title on Saturday.

Mahogany Cottingham led Trinity with 23 points as the Trojans improved to 19-3 overall. Trinity will play Waynedale in Saturday’s district championship game. The Golden Bears are 23-0 and ranked third in the state in Division III.

West Geauga improved to 19-6 and extended its winning streak to 14 straight games with a 46-33 victory over Perry in a game broadcast on CVC TV.

The Wolverines held a slim 14-12 lead after the first quarter and pushed it to 22-17 at halftime. A 14-6 run in the third quarter paved the way for West Geauga’s second win over the Pirates this season.

Alexa Hocevar led all scorers with 18 points and Maggie Furst also scored in double figures with 14.

JaC’ana Anderson led Perry with 17 points. The Pirates closed out the year with a 20-4 record.

West Geauga will play Salem in the district championship game on Saturday. The Quakers are 18-4 after beating Kenston in the other district semifinal, 45-39.

Berkshire and Kirtland both saw their tournament runs come to an end at the Lakeview District.

The Badgers fell to Garrettsville Garfield, 59-33.

Senior Lydia Kastor did all she could to keep the Badgers in the game as she drained a pair of 3-pointers on the way to scoring 12 of Berkshire’s 13 first-quarter points. Kastor added another three in the second quarter but the G-Men tightened up on defense and limited her to just two free throws in the second half.

Kastor finished with 17 points. Natalie Hering added five for the Badgers, who finished the year 14-11.

Kirtland suffered a 47-37 loss to Champion in the second game of the district doubleheader.

The Hornets held a three-point lead early in the fourth quarter before the Golden Flashes closed the game out with some clutch shooting and a stingy defense.

Kirtland finished the season with a 17-7 record.

Cuyahoga Heights also saw its season and tournament run come to an end with a 38-19 loss to Dalton in a Division IV Norwayne District semifinal.

Heights scored just eight points in the first half as the Dalton defense keyed in on Tess Conroy, who finished with 11 points.

Cuyahoga Heights finished the season with a 20-3 record.

The Harvey and Lakeside boys’ teams dropped their postseason openers.