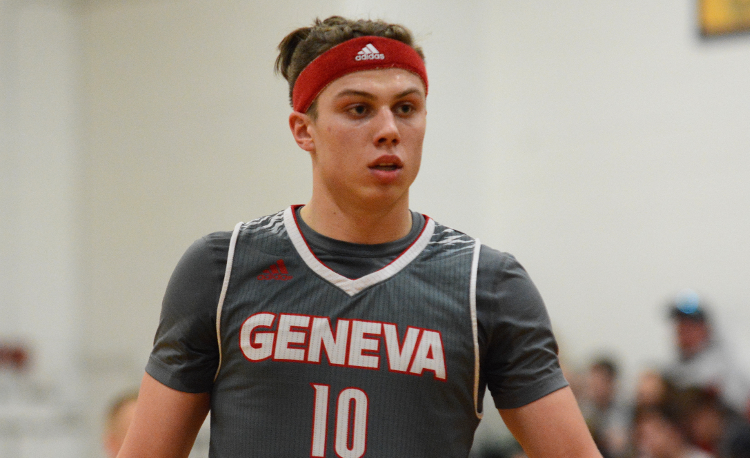 Top-seeded Villa Angela-St. Joseph opened the second half with an 11-point run and went on to beat No.6 Geneva in a Division II district championship game at Lakeside High School on Saturday, 83-63.

The loss snapped Geneva’s eight-game winning streak, which included upset wins over No. 2 Lake Catholic and No. 3 Harvey in the postseason.

“There was a brief time in the third quarter where I saw the heads drop but we addressed it and all eyes looked up and the guys decided we’re not going out like that,” Geneva coach Eric Bowser said. “We’re not quitting and they didn’t.”

The Vikings, who won their seventh straight district title, led by just nine at halftime despite sinking eight 3-pointers in the first 16 minutes.

Nick Stoltz scored 19 of his team-high 21 points in the first half to keep the Eagles within reach.

“There are not enough words to describe Nick Stoltz,” Bowser said. “He is the hardest working kid I’ve ever been around and not just in a game. Anytime, anywhere. He gets the most out of what he does.”

Grant Mihalick and Brandon Smith also scored in double figures for the Eagles, who closed out the year with a 16-9 record. Mihalick finished with 18 and Smith added 13.