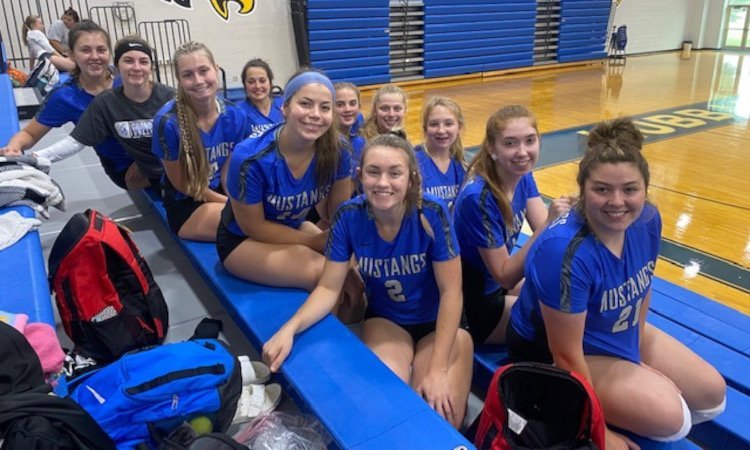 Grand Valley returns nearly its entire starting rotation from last season, leaving the Mustangs in a position to continue to show improvement on the court.

They do have big shoes to fill in graduated senior Courtney Hivick, who led the team in kills.

“Courtney left the hole of our go-to girl for attacks,” said Grand Valley coach Erin Smolinski. “She was smart with reading the opponent’s spots. This year’s girls have done an amazing job of picking up where she left off. They have all been stepping up and have been making big plays during this preseason. They are really starting to work as one unit, one machine.”

The Mustangs won just two matches last fall, but with more experience up and down the roster, the Mustangs should be vastly improved this season.

“Finding our rhythm early in sets and keeping on each other’s levels is going to be important for us as a team,” Smolinski said. “With that in line, we can for sure make some waves in the league.”

“(Rhyleigh is) the rhythm of our offense,” Smolinski said. “Taryn is our team spirit on and off the floor. “(Abby is) the glue of the defense.”

“Kaelyn is very smart offensively,” Smolinski said. “We feel like (Dixie) is going to do great things this year. (Hailey) has great ability to read behind the blocks. Makayla is our Thor in the front row.”

Bell and Young are middle hitters, McGovern and Patterson are right-side hitters, and Baumann can play on the outside, in the middle, or as a setter.

“Sydney is young on varsity experience but has great touches,” Smolinski said. “(Maggie) can play anywhere needed and does a great job. Paige is very versatile in the front row. Nadia thrives defensively. Kaitlyn didn’t get a lot of playing time as a freshman, but she plays with experience.”