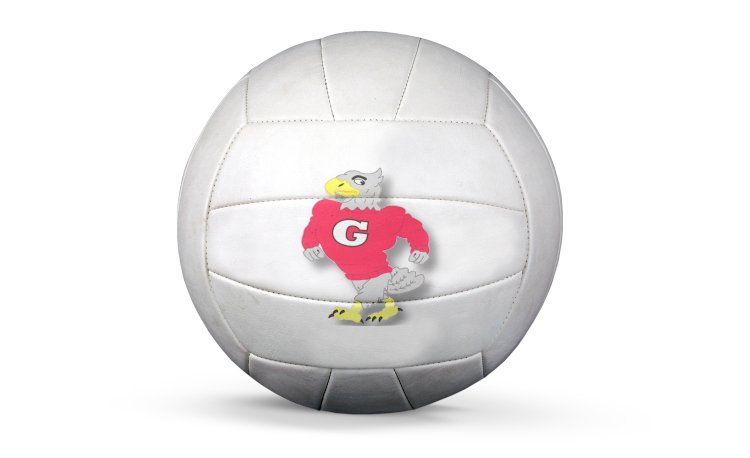 Geneva’s volleyball team returns five starters and the Eagles are looking to soar to the top of the Chagrin Valley Conference Lake Division standings this fall.

The Eagles finished 11-11 overall and 9-3 in league play last season.

“This team has the potential to do great things,” said 20th-year head coach Annah Haeseler. “They are talented and experienced. These young ladies have worked very hard this past year to complete at a high level. I am excited to see what they can do together.”

Geneva lost the middle of its front row to graduation but some strategic moves have helped to fill that hole in the rotation.

“I think last year’s seniors brought power to our middle attack, but by shifting a few people into some new roles, I think we will have an even stronger middle attack this season,” Haeseler said. “This year’s team is very versatile and many of the players will be playing multiple roles.”

“Gianna is a tough, intense, and talented player,” Haeseler said. “We are looking for her to lead our attack, not only as an outside but as our starting setter. She loves the sport and it shows. Athletic and aggressive, she is going to have a standout year.”

Nugent, a libero, earned second-team All-CVC honors and was named the team’s most improved player after recording 375 digs last season.

“A tough player that is not afraid of the floor, the wall or anything that gets in the way,” is how Haesler described her. “Alex is a team player that has matured as a libero and as an overall volleyball player, and I am looking for her to lead our defense this season.”

Rhodes is a right-side hitter who Haeseler expects to have a breakout year.

“Lilly is a strong right side that is going to surprise some people this season,” she said. “She has worked on her attack and has become a power hitter. She will round out our offense and provide the power we need from the right side.”

“Sydney is a talented and versatile player. I’m looking for her to step into a new role in the middle, but I am excited to see how she responds and grows in this new role. She is quick, can jump through the roof, and is a smart and aggressive player. This is going to be an exciting year for Syd,” Haeseler said. “Brooke has big shoes to fill on this team as a setter and middle attacker. That’s not a very common mix, but she owns the role. In the middle, she plays big and has worked on her blocking during the offseason, and as a setter, she continues to improve her tempo and placement. I’m looking forward to a great year for Brooke.”

Biery and Sartini both are outside hitters. Sartini also can play on the right side.

“Carlee is a power outside hitter that will make a big impact on this team. She swings hard and has good placement. Her positive attitude and solid all-around play is just what we need to be successful this season,” Haeseler said. “Ava brings energy and edge to our team. She is aggressive and has a strong attack. I’m looking for her to put up a solid block on the right side and to be a support to her team when the going gets tough.”

Caswell and Evangelista are defensive specialists.

“Lauren will be a solid defensive player for us this season. She will fill in on the left and middle back. Her positive attitude and energy will help drive this team to be successful,” Haeseler said. “Bailey is a utility player for us this season. She can put up a solid block, swings hard, and will also fill in as a defensive specialist at times.”

Costello and Ella Haeseler are both setters/right-side hitters.

“Hannah will be a setter reserve for us this season. She is a hustler and just a hard-working volleyball player. Hannah outworks everyone in the gym and will be a solid reserve player for Geneva this season,” Coach Haeseler said. “Ella is a solid all-around player and will get some time setting this season. She has nice hands and is an aggressive player. Ella will fill in when needed in multiple roles.”

Geneva will focus on its middle attack this season and Haeseler is confident her front row players have the versatility and talent to put the ball down consistently.

Once the team finds its groove, success should follow.

“Success will come with time,” Haeseler said. “We need to continue to jell as a team, continue working on our passing and middle attack, and just keep working hard. Success is measured in many ways and I know I will see many successes this year.”