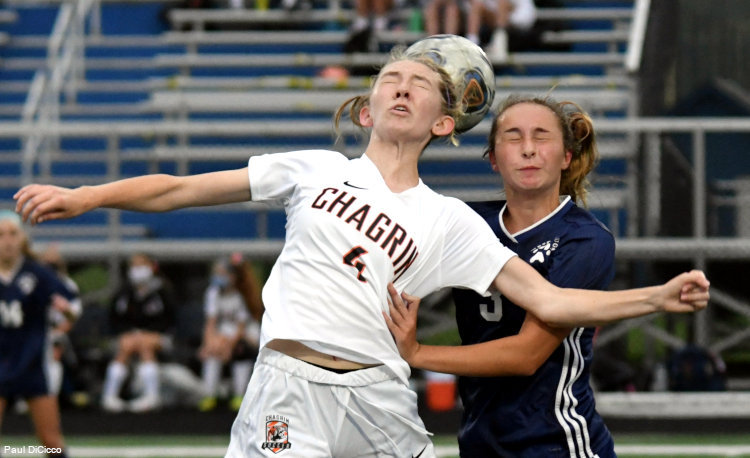 Kirtland’s girls’ team again comes in at No. 3 in Division III. The Hornets, who improved to 5-0-2 on the year with a 5-1 win over Laurel on Monday, are the highest ranked CVC team.

West Geauga’s girls’ team made its debut in the rankings after beating Chagrin Falls last week, 3-1. The Tigers, who were ranked No. 12 in the first set of rankings, received votes this week.

The Wolverines beat Mayfield on Monday to improve to 4-1. West Geauga’s lone loss on the season is to Division II’s top team, Mansfield Madison.

West Geauga hosts Kirtland on Wednesday in what is now a battle of state-ranked teams.