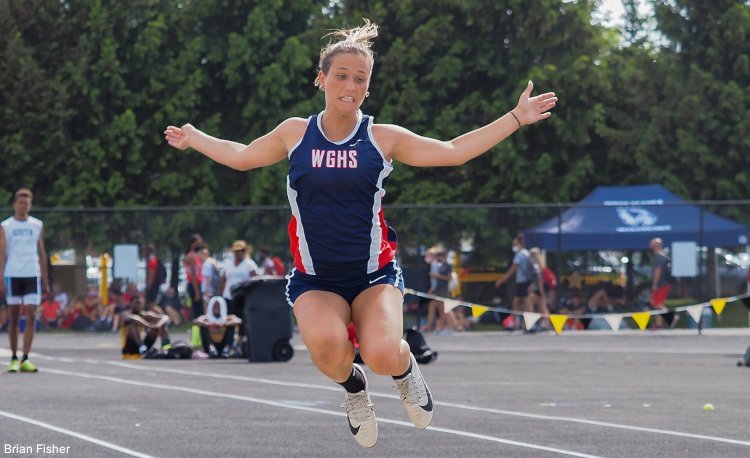 West Geauga’s girls’ track team is small in number but the Wolverines return several talented athletes and hope to compete for the Chagrin Valley Conference title this spring.

“Although we have a small group returning from last year, we are excited for some young new talent and to build upon the areas we excelled in last season,” said West Geauga coach Mike Taurasi. “We hope to stay competitive within the CVC and challenge for the CVC title again this year. We are excited for our solid veteran distance group, hurdlers, and field events, specifically our throwers, to lead the team.”

Among West Geauga’s returning athletes is senior Shannon Swinerton, who placed 14th in the 300-meter hurdles at the state meet last spring.

Swinerton won the regional title in the event and also was a first-team All-CVC honoree in the discus and a second-team selection in the 4×400-meter relay.

“She is determined to return to the state meet and qualify for the finals this year,” Taurasi said.

Teaming up with Swinerton in the 4×400 last year were senior Holly Hamilton and juniors Megan McGinnis and Grace Laster.

Hamilton was an honorable mention All-CVC performer in the 400-meter run. McGinnis was a second-team selection in the high jump, and placed sixth in the 300-meter hurdles and seventh in the high jump at the district meet.

Laster earned first-team honors in the 4×100-meter relay. She teamed up with junior Gabby Gudger and graduated seniors Bailey and Aubrey Zanella to compete in that event.

Senior Grace Gyetko, who will run cross country and track at Augusta University in Georgia, earned honorable mention all-conference honors in the 3200-meter run. She also placed sixth in the 800-meter run at the regional might.

“Grace has her sights set for a trip to Jesse Owens this year,” Taurasi said.

Sophomore Maggie Furst placed eighth in the discus at the district meet and has her sights sight on advancing to the regional meet and beyond.

“She is young and is ready to compete for the top four spots and earn a trip to regionals this time,” Taurasi said.

West Geauga’s strengths lie in the middle distance runs, throws, hurdles, and high jump. The Wolverines have a promising season ahead of them but they’ll have to overcome their fair share of adversity.

“One of the biggest challenges we face this season will be again competing in Division I with a small roster,” Taurasi said. “It will be difficult to fill all events, but we will maximize the areas we feel give us the best chances to be the most competitive.”