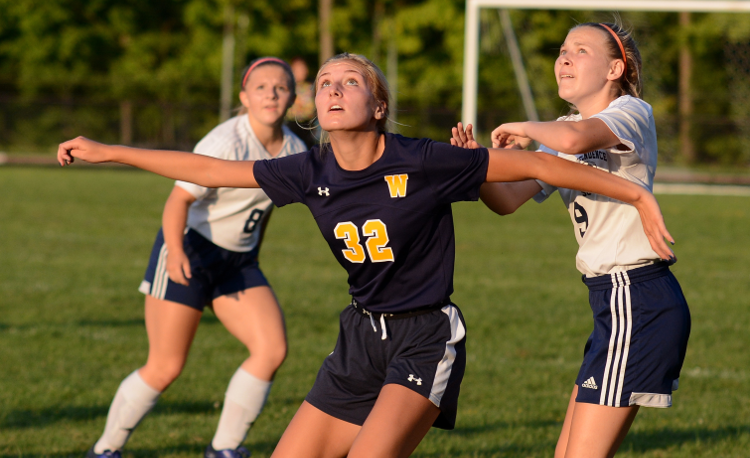 It’s that depth that has head coach Steve Gribovicz excited to see what his squad can accomplish this fall.

“We have a lot of returning upperclassmen, which puts us in a good position,” Gribovicz said. “We lost some key pieces from last year’s team, but players are ready to step into those roles. Our experience–17 returning players–leads us to believe that we have the potential to make a run at the conference title and hopefully a run in the playoffs that is deeper than in years past.”

Wickliffe finished 14-3-1 overall last season with a 2-1 loss to Cuyahoga Heights in the district semifinals.

Gribovicz has introduced a new strategy this season and Wickliffe’s success depends on how well the Blue Devils adapt.

“One of the challenges we will face this year is going from a positional approach to a tactical approach,” he said. “We plan on overcoming this by having players practice in different positions to get used to moving into new roles this year.”

In addition, the Blue Devils can’t rely on one player to make things happen on the field. Each player will be responsible for distributing the ball and setting up scoring opportunities.

“One key for the team this year will be spreading the wealth around and not being occupied by who has the stats,” Gribovicz said. “We graduated multiple four-year starters that accumulated many stats over their careers. We have to go in with a mindset that we make up for those missing stats collectively and that it is not on one individual to make up that past player’s positional stats.”

“Morgan came into the preseason more mature and has regularly been more vocal and confident as a field manager to go with her improved ball skills,” Gribovicz said.

“Ana is motivated to improve on last year and has displayed impressive tangibles so far this preseason,” Gribovicz said. “Caitlyn is coming off the second-most points on the team from last season and has come out this preseason ready to pick up where she left off showing more confidence and awareness on the field.”

“Cassidy has earned the team captain role by being a leader not only on the field but off it with her teammates and is the anchor to our defensive system this season,” Gribovicz said.

“Kaylee continues to develop at the keeper position and is demonstrating improved awareness and decision-making in the back while being more vocal and confident,” Gribovicz said.

With a solid core of talented players, Wickliffe’s lineup is formidable but the Blue Devils can’t take anything for granted.

“All of the players are high character individuals, which already makes this a successful season,” Gribovicz said. “On the field, it will come down to focus, team chemistry, and communication. If these can be consistently maintained throughout the season, I feel the skill and intellect of the players will carry us to a successful overall season in the standings.”