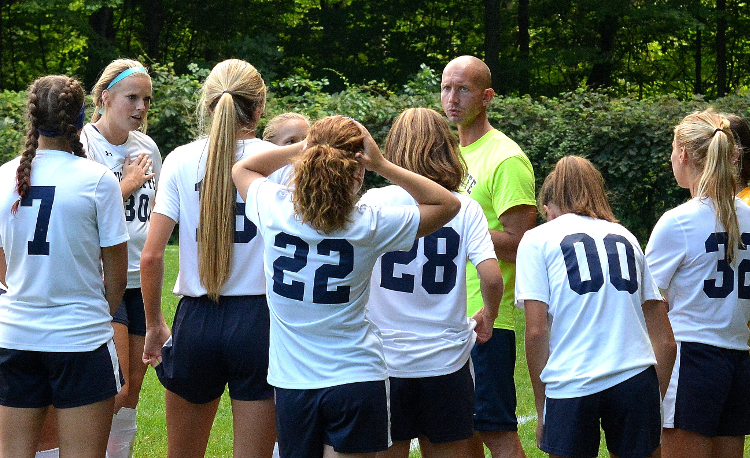 After a 3-0 win over host Harvey, Wickiffe’s girls’ soccer team has won two straight games for the first time this season.

The Blue Devils, who improved to 6-3-2 overall, haven’t lost two straight games all season but they haven’t been able to string together back-to-back wins until Tuesday. They also recorded their fifth shutout of the season.

“We did well to preserve the shutout in this game,” Wickliffe coach Steve Gribovicz said. “Harvey attacked with speed on occasion and we were able to get the ball out of trouble at key times.”

Ana Stjepanovic scored two goals and Caitlyn Henderson punched in the third. Mia Welms recorded one save in the victory.

“A key play was Ana Stjepanovic’s second goal,” Gribovicz said. “Mia Welms sent a cross over from the left side and Ana one-touched from about 20 yards out with five seconds left to go into halftime up 2-0.”

The Blue Devils maintained that momentum in the second half, even if they struggled to finish off their shots.

“We had trouble finding the right touches on the ball tonight,” Gribovicz said. “To Harvey’s credit, their goalkeeper did a phenomenal job to save 15 shots. However, we were missing our marks and couldn’t find the correct pace on our passes for most of the night. The team continued through the tough times, to find enough to get the winning result and move onto a big matchup Thursday having won two in a row.”