Wickliffe surges in second half to defeat Laurel 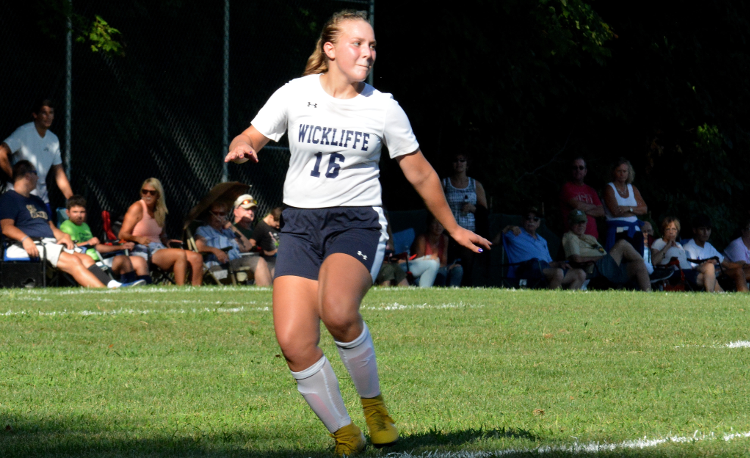 Wickliffe overcame a 1-0 halftime deficit to score three goals in the final 40 minutes to defeat visiting Laurel in a nonconference game on Monday, 3-1.

“We gritted this game out,” Wickliffe coach Steve Gribovicz said. “Laurel dominated the first half with possession and string passing. We endured the first half only giving up one. Coming out in the second half, we did not play the best soccer technique, but increased our physicality while being aggressive and capitalized on chances with the goalie out of position.”

Wickliffe tied the game early in the second half on Morgan Gabriel’s goal.

“Morgan Gabriel’s goal in the 46th minute changed the momentum,” Gribovicz said. “Our girls were pushing hard in the second half and with the keeper off her line, Morgan popped one in from distance, growing the confidence in our tough play.”

Klein moved up from the defense to the front of the formation and scored a goal and added an assist. Mia Welms also assisted on a goal.

“This game was not the prettiest soccer to watch from us,” Gribovicz said. “Laurel looked better in form and technique, but the mindset changed in the second half and that’s what it takes to win at times. The opportunities were offered up on the back of hard work and we need to drive with that force now that we are midway through the season.”

The Blue Devils, who improved to 4-2-2 overall, travel to Brooklyn on Thursday.