Wolverines back on track 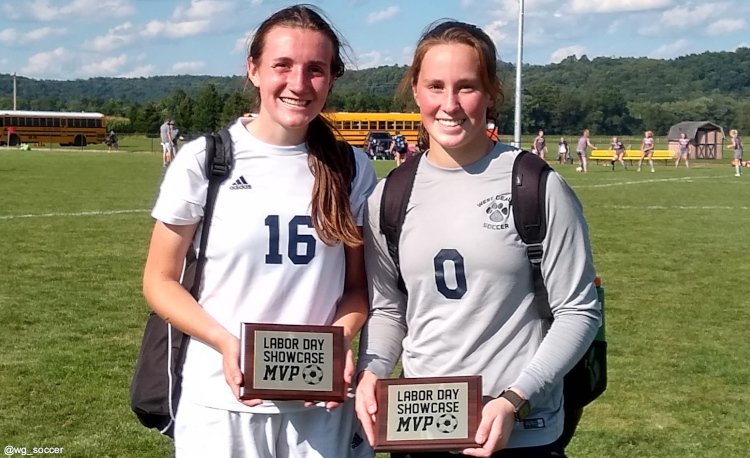 The West Virginia 3A state runners-up scored early in the second half to take a 1-0 lead but the Wolverines struck for three unanswered goals to win the game and snap a four-game winless streak.

“I’m really proud of the girls,” said West Geauga coach Kori Jesenovec. “Sometimes when you see a goal or a team go down, you see a mood shift or a momentum change a little bit, but our girls just played through it and knew they’d be able to come through it. It was just a beautiful day and our goals came from three different prime players on our team. I think that because we have that dynamic of all three of those girls being able to put the ball in the back of the net, it really was every girl on the field that contributed to the win today.”

Parkersburg South’s goal came from speedster Samara Nunn just one minute into the second half.

“We had possession in their end and they had a transition moment,” Jesenovec said. “Their forward was really fast. She basically broke away with her speed and slotted it in the bottom right corner.”

Instead, they regrouped and Megan McGinnis scored the equalizer six minutes later off of a Kendalyn Simpkins assist.

“Megan created that equalizing goal,” Jesenovec said. “It wasn’t the prettiest of goals, but the grit and the grind that she had to put the ball into the back of the net and get the momentum flowing in our direction really helped us to turn it around. She kind of took over in that central midfield position to keep that momentum for us.”

Frankee Flesher gave the Wolverines a 2-1 lead when she scored off of a Rae Ehrbar assist in the 54th minute and Ehrbar closed out the scoring with an unassisted goal in the 66th minute.

West Geauga improved to 2-1-4 on the year while Parkersburg South dropped to 6-1.

“It was extremely important,” said Jesenovec of snapping the four-game winless streak. “The biggest thing with this season and coming off of a year like last year is to control what you can control. That’s kind of what we were kind of looking at this year was to continue to control what we can control. I think today was one of those days where the girls stepped up and did what they could. They created some good opportunities and I’m extremely proud of the girls. I think they’re proud coming out of this game but tomorrow is a brand new day. We’ve got to prepare for a big game coming up on Thursday.”

McGinnis and Ashlyn Drayer both were named MVPs of the Classic.

Drayer recorded 19 saves in the game.

“They both had absolutely outstanding games,” Jesenovec said. “Ashlyn was incredible making some diving saves and coming out and laying her body out to prevent anything else Parkersburg could throw at us. She had a fantastic game.”